Posted by Michael Briguglio at 7:10 pm No comments:

Email ThisBlogThis!Share to TwitterShare to FacebookShare to Pinterest
Labels: Ħsibijiet

In my fortnightly column in the Malta Independent I discuss the challenges of small parties, civil society and the main political parties in Malta today. 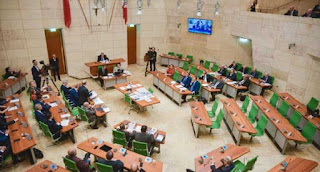 Posted by Michael Briguglio at 9:53 am No comments:

Posted by Michael Briguglio at 9:06 pm No comments:

Email ThisBlogThis!Share to TwitterShare to FacebookShare to Pinterest
Labels: Ħsibijiet

I have submitted the following to the President of Malta - You can do the same via this link:
https://riformakostituzzjonali.gov.mt/make-a-contribution/?lang=en

Malta’s constitutional reform should ensure that institutions are well-equipped to curtail excesses by governments. The reform process should be transparent, evidence-based and characterised by deliberation.


When the European Commission for Democracy through Law (the Venice Commission) gave its recent verdict on Malta’s constitutional arrangements, separation of powers and judiciary, it made some very important observations which should be followed up in Malta’s constitutional reform process. For example, whilst the Prime Minister has considerable power, our part-time Parliament is too weak to exercise enough control over the executive branch of power. Besides, crucial checks and balances are missing, and Malta’s independent media and civil society are relatively weak.


Consequently, the Venice Commission made several recommendations to the Government of Malta which were principally intended to check the extensive powers of the Prime Minister. These cover judicial vacancies and dismissals; separation of powers; the need to strengthen the role of President, and the need to strengthen parliament by making it more professional, accountable and evidence based.  The Venice Commission also mentioned the need to limit the Prime Minister’s appointing powers and the need to limit appointments to positions of trust in the public service.


It is interesting to note that the Venice Commission recognised the challenges of having governance models in a small state like Malta. It emphasised that there is no uniform constitutional model for good governance.


Hence, there may be different variants of liberal democracy. Small states like Malta have characteristics which must be taken into account in scholarly, grounded analyses and policy recommendations. These include the proximity of politicians to electors, and the personalisation of politics.


It is imperative that the methodology of the consultative process for Constitutional Reform facilitates meaningful dialogue and deliberation. Qualified experts from respective fields should have proper space, time and ambience to deliberate alongside citizens, civil society, constituted bodies, minorities and political party representatives.


Some areas which I believe should be on the agenda of constitutional reform include accountable governance, institutional autonomy, finance of political parties and candidates (both income and expenditure), professionalization of parliament, individual rights, checks and balances, press freedom, political education, structured and evidence-based policy making, the role of civil society and the mainstreaming of sustainable policy.


I also recommend that the Constitutional Reform Committee carries out an expert review of possible models of consultation. It should ensure transparency about its methods of analysis of public feedback. Peer review can assist this process: Here, the consultation process and committee recommendations will be further subjected to evaluation by qualified reviewers. Besides, impact assessments should be carried out on proposals that are followed through.


The consultation process should have proper time frames, but it should not act as a speedy springboard for quick-fix solutions which can have unintended consequences.

Posted by Michael Briguglio at 3:43 pm No comments:

In my fortnightly column in the Malta Independent, I critically discuss the main elements that underpin the Labour Party's power. You can read the article via this link: 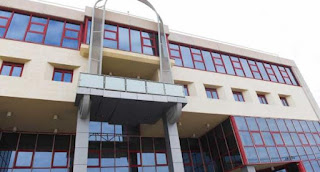 Posted by Michael Briguglio at 2:48 pm No comments:

How do we fix the republic? - Michael Briguglio

I believe that if we want to ‘fix the republic’, we should first try to understand the status of Malta’s democracy. We should ground our analysis into the realities of a small island state.

We should give due importance to evidence-based social scientific analysis of its social structures and networks, but also of agency, of people’s everyday lives, affiliations, aspirations, concerns, identities, commonalities, differences and plural realities. We should investigate the intersection of political, economic, cultural, social, ecological and other factors.

Such analyses can nourish concrete proposals for change such as Constitutional Reform. We should ensure that the constitution gives due importance to Malta’s small size:  For example, the proximity of politicians to electors, the multiple hats people wear, and the personalisation of politics cannot be ignored.

The methodology of constitutional reform should foster deliberation. To-date it is not clear what type of methodology is being adopted. There should be an expert review of possible methods of consultation; transparency in the analysis of public feedback; peer review of the entire process; and impact assessments of proposals that are followed through. Qualified experts, citizens, civil society, constituted bodies, minorities and political parties should have ample space and time to deliberate, beyond quick fix solutions and sloganeering.

Some areas which I believe should be given priority within constitutional reform include accountable governance, institutional autonomy, finance of political parties and candidates, professionalization of parliament, individual rights and responsibilities, checks and balances, press freedom, political education, structured and evidence-based policy making, the role of civil society and the mainstreaming of sustainable policy.

Through constitutional reform we can help avoiding having Prime Ministers who have excessive power and lack of accountability.  But let us also keep in mind that in a liberal democracy a governing formation can only be replaced by another one – and this requires people’s support. 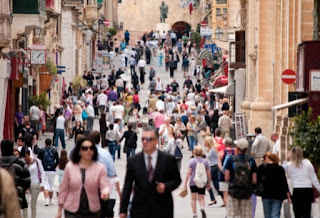 Posted by Michael Briguglio at 10:32 am No comments: