In my fortnightly op-ed in the Malta Independent I discuss various challenges related to employment, poverty and social inclusion and I propose the setting up of a social pact for workers' day. 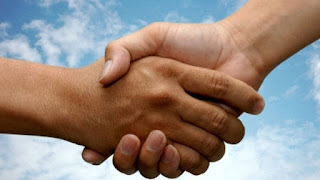 Posted by Michael Briguglio at 9:11 am No comments:

Malta is not for sale. 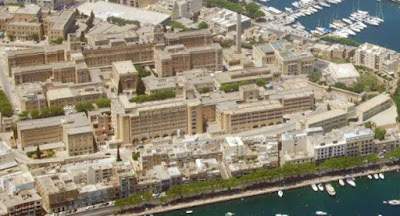 Posted by Michael Briguglio at 11:07 am No comments: 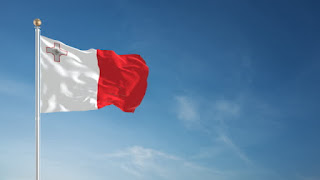 Posted by Michael Briguglio at 12:07 pm No comments:


Posted by Michael Briguglio at 6:38 pm No comments:

Posted by Michael Briguglio at 2:44 pm No comments:

31-storey highrise proposed on top of historical building in Sliema, obliterating almost all of barracks 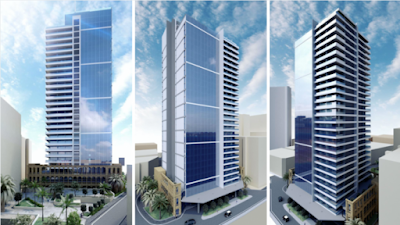 You can read about the development proposal through this link:
https://www.maltatoday.com.mt/environment/townscapes/101354/40storey_fort_cambridge_tower_hotel_shaved_down_to_31?fbclid=IwAR2hPSY1-mpdMfLuqtSk3i5IH2IY-4GXC6C795Z8vFrEdGOJzsfA9OI4FeI#.Xp1B0a7is2w

I have sent objection below to the Planning Authority. Feel free to use.
To:

Attn Planning Authority
Representations filed in Regard of PA 2906/16

Further to my objection below, I am also hereby querying whether the Planning Authority  has considered the years' old request to schedule the building by the Sliema Local council. The building’s historical importance was recognised in studies included in the Environment Impact Assessment which recommended Grade 2 scheduling for the buildings, a status which normally precludes substantial changes.

A social impact assessment reviews the social effects of development and social change, both intended and not.
The International Association for Impact Assessment defines an SIA as the process of analysing, monitoring and managing the intended and unintended social consequences, both positive and negative, of planned interventions and any social change processes invoked by those interventions.Such changes may range from natural disasters to population growth and from policy interventions to singular development projects. Consequently, SIAs investigate the effects on people’s everyday lives in terms of culture, politics, community, health, well-being, aspirations, needs, rights and responsibilities, to name a few.  They provide data for policymaking, which is based on evidence.Social impacts under assessment should include all those things relevant to people’s everyday life. This may include one’s culture, community, political context, environment, health, well-being, personal and property rights as well as fears and aspirations.Social impact assessments can help verify the consequences and impacts of development proposals in relation to the communities involved. Hence, a basic starting point for such assessments should be the compilation of a community profile. A social impact assessment that does not understand the society in question is practically worthless.This can help bring about genuine processes of engagement between communities, developers and authorities as well as identify and implement mitigation measures and compensation mechanisms. As things stand in Malta, various developers do quite the opposite, often causing huge inconvenience to residents and leaving a mess behind in surrounding infrastructure.Various methods, both quantitative and qualitative could be used within social impact assessments. The former refers to generalisable data especially through numbers, while the latter produce in-depth data on matters.Research methods in SIAs may therefore include surveys of concerned populations who are asked questions on their perceptions of the change in question. Ethnographic methods may involve a deeper look into everyday practices of people, while elite interviews may verify the advice, concerns and interpretations of persons who are experts or who have experience in the respective field under analysis.Methods may also involve the analysis of discourse on the subject in question, for example by looking at what is being pronounced in the public sphere, whether by the public, civil society, political actors, the media and the like.SIAs should involve the participation of different stakeholders, ideally through mixed research methods.Some other factors which should be included in social impact assessments include the consideration of reasonable alternatives to development proposals as well as comparative analysis of similar development proposals and related good or bad practices.Analytic indicators should be provided and the entire process should be subject to peer review by independent experts in the field.Social impact assessments should not be one-off exercises which are rubber-stamped by authorities without any sense of critical engagement. To the contrary, they should be ongoing processes which engage with various stakeholders and which report back so as to ensure effective policy processes. They should also use complementary research methods so as to ensure reliable and valid data.Recommendations and mitigation measures could therefore be in place, and these would be based on social-scientific evidence.It is also important that SIAs are peer-reviewed. This means that if a study is being carried out by a team of social scientists, this should be scrutinised by other independent social scientists. This could help identify shortcomings, conflicts and possible improvements to the same SIA.SIAs should not be one-off studies which disregard cumulative impacts of large and small development projects. SIAs should also take account of changes in the social context in question, such as cumulative impacts of other developments. For example, a social impact assessment that focuses on one development but ignores another development in the region is not realistic.
- Negative visual impact and aesthetic impact - breach of the  Hotels Height Adjustment Limitation Policy

The highrise building is incongruous, it overshadows the barracks, has a negative visual effect from the Valletta side. It is large and out of context. Exaggerated size does not make it iconic - simply another bulky building.

This is in breach of the Hotels Height Adjustment Limitation Policy which states that, "Proposals should be sited where visual impact within their context and on sensitive historic environments and their settings such as World Heritage Sites, conservation areas and scheduled buildings is minimised, and should retain and enhance key strategic, long distant views and important vistas at a national and at the local level. An acceptance of a particular height of one hotel does not imply that all other hotels in the locality or elsewhere should be at least as high as the one granted consent."

The tower will dwarf the surrounding buildings. The building adversely affects views from all points, particularly from Valletta, breaking and intruding into the skyline. This contravenes North Harbour Local Pan Policy NHSJ15 –
sections ii, iii and v
a. The proposed development is not likely to create significant adverse impacts on the local amenity.
b. The scale of the proposed development is consistent with the building height limitation and the character of the area
c. The proposal will not compromise existing and future proposals for traffic management in the area as established in Policies NHSJ01 and NHSJ05 4.

- Breach of  SPED policies namely: a. 3.4.2.6 In addition to this, the second Urban Objective of the SPED submits a commitment “To improve the townscape and environment in historic cores and their setting with a presumption against demolition of property worthy of conservation…” Third subsequent third Urban Objective then refers to the 1 protection and enhancement of the character and amenity of distinct urban areas . c. Reference is also made to the excerpt from GN133/2001 which refers to the designation of the fortifications of the Grand and Marsamxett harbours, an Area of High Landscape Value (AHLV)

- The Transport Impact Assessment carried out is obsolete and there aren't sufficent mitigation measures for the traffic generated by the scheme and the loss of onsite parking.

- The proposed development is in breach of Legal Notice 227 of 2016 insofar as the road height to width ratio is not being observed and there is no justification for this.

- Excessive shadowing - Microclimate
Impact of Overshadowing; The extracts of the over-shading analysis show that Triq Tigne' will have ZERO direct sunlight as a result of this development. A case study on this street should be included to confirm what has been noted due to its grave implications. Furthermore, the case studies provided show a loss of sunlight as a result of the project as a value in itself, for example 40mins for case study B. What is not mentioned is how much the 40mins is of, that is whether it is 40mins of 2hrs of 40mins of 45mins. The over-shadowing caused by the development should be assessed as a fraction of how much sunlight the site over which a shadow is being cast actually gets. Without this information the values provided cannot be interpreted to fully assess the extent of impact the development will have on the surrounding properties' accessibility to adequate natural light.
If the height has been reduced from the date of compilation of the shadowing studies, an updated report has to be made available

- Negative Heritage Impacts
The proposal envisages the near total demolition of the barracks with a facade being retained. There is no study or assessment of the internal features. This is an example of facadism which completely disregards the site and context. The Superintendent of Cultural Heritage has stated that this is a major adverse impact. This also disregards the requests for Scheduling of the barracks.

Thematic Objective 7: To promote the efficient use of resources including local
stone, water and soil, and manage waste in a manner that safeguards natural
processes, and minimises impacts on cultural heritage, landscape and human
health by
9. Controlling demolition of buildings and structures and excavation of sites

In view of the above, I ask that this development is refused.

I reserve the right to make further submissions and to be informed of all meetings and to be present thereat. 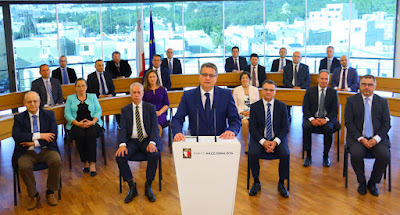 Posted by Michael Briguglio at 8:47 pm No comments: 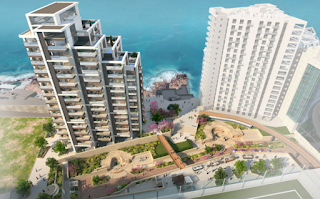 Posted by Michael Briguglio at 6:52 pm No comments:

In my fortnightly op-ed in the Malta Independent I discuss some challenges in relation to economic recovery in the EU and Malta. 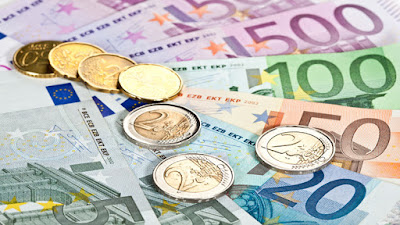 Posted by Michael Briguglio at 9:22 am No comments:

Posted by Michael Briguglio at 7:34 pm No comments:

Posted by Michael Briguglio at 10:00 am No comments:

In my fortnightly op-ed column in the Malta Independent I discuss economic and political aspects of the Coronavirus crisis in Malta and the EU. You can read the article from this link:

Posted by Michael Briguglio at 10:13 am No comments: