A Royal Theatre for the Elite 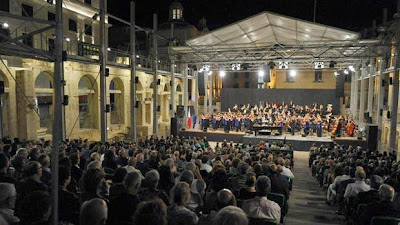 Brikkuni, one of Malta’s main exponents of music that is free from the spectacle of clap-trap commercialism and karaoke kitsch, has been given impossible conditions by the State apparatus to make use of the Royal Theatre.

If anything, this confirms that the 'taghna lkoll' talk of ‘inclusive’ cultural policy before the last general elections was nothing but half-hearted plagiarism of progressive proposals for a truly egalitarian and emancipatory cultural policy.

When one day before March 9 I heard Joseph Muscat replicate some points that I previously addressed regarding the alternative and underground music scenes, it felt like a theatre of the absurd, a sort of discursive appropriation in reverse. When, some weeks later, the Government banalized music policy by resorting to a real-estate exercise for garages to rehearse in, I thought that it couldn’t get worse. But it actually did. Alternative and underground music bands are now treated as commercial entities for the usage of public space.

The basic issue at stake on the Royal Theatre issue is that culture is political. Hegemonic cultural discourses reflect various antagonistic relations of our times, which could be related to class, ideology, tradition, and other factors.

Reclaiming space is a major challenge for alternative and underground artists.

Consequently, should artists conform to the requisites of the state apparatus and the consumerist spectacle, or should they increasingly engage in DIY-mode? Are the former and latter necessarily and always exclusive of each other? Should alternative and underground artists form collectives, free from narcissism and subservience, but hands on to create space, in the wide sense of term? Do we need a cultural movement?