The current protest by Moviment Graffitti in Dingli and Government's reaction exemplifies the role of social movements in democratic societies. Graffitti's protest repertoire is particularly visible in Malta's public sphere.

A society without protests is like an ecology without evolution, but on the other hand governments have legitimate authority through democracy. So how can such controversies be tackled?

Moviment Graffitti's call for dialogue echoes so many other examples of civil society claims about lack of transparent public consultation, particularly on development of land, over the years and under different administrations.

A few days before the European and Local Elections in 2019, Government, through the Planning Authority, announced a public consultation process for social impact assessments (SIAs).  It would be highly relevant for policy development and implementation, in different areas, to comprise such impact assessments, which in turn should be deliberative and continuous, and not mere rubber stamping or one-off procedures.

I was one of those who sent my proposals to the SIA consultation process, which, in turn were based on the SIA guidelines of the International Association for Impact Assessment. Unfortunately this consultation exercise was not followed up by the same Government. SIAs will not stop political differences, which, after all are essential in democracy, but they can help deliver deeper and more inclusive public consultation.

This takes us to the concept of 'pragmatic adversarialism' proposed by scholars Ralph Tafon, David Howarth and Steven Griggs, which in their words  "highlights the deeply entrenched role of politics in negotiating differences, as rival projects endeavour to impose their wills, while the pragmatic element speaks to the cultivation of an appropriate ethos that should animate those involved in struggle. Adversaries are thus not enemies intent on each other’s mutual destruction, but nor are they just competitors who bargain about outcomes with a fixed set of preferences. Instead, adversaries are encouraged vigorously to espouse their values and ideals, while acknowledging the right of rival forces to articulate and promote their views with equal passion. Indeed, because the expression of divergent ideals can enhance the development and canvassing of a wide spectrum of possible practices, organizational forms and policy outcomes, sharp contestations about outcomes are both inevitable and desirable. In short, in the interests of achieving durable settlements that are legitimate and acceptable to affected citizens, pragmatic adversarialism offers a desirable mode of reaching workable agreements in public controversies".

Posted by Michael Briguglio at 12:29 pm No comments:

In today's Malta Independent I commented about the hate speech situation in Malta, together with University of Malta colleagues Brenda Murphy and JosAnn Cutajar.

You can read the feature here:

How can we counter online hate speech? It still remains on the rise despite resistance - The Malta Independent

Some further comments from my end:

There are trolls, fake profiles and keyboard warriors who seem to have no problem using abusive language on social media platforms like Facebook. Among the reasons why such language is so present I would assume that as a small island state, many are engaged in hyperpersonal politics which is based on loyalty towards one’s tribe, thus considering the ‘other’ as being wrong merely because of his or her affiliation or non-affiliation.
Yet we also witness hate speech on the basis of race, gender and other social factors, including personal ones, which is also the case across social media platforms around the world. For example last week AP News reported that white supremacist propaganda surged in the USA last year. This can be linked to the rise of snackable media, the speed of which may impact the quality of deliberation negatively, the strong presence of politics and activism which refuses to engage with the ‘other’, and the challenges faced by policy projects which focus on responsibility and ethics.
I commend recent efforts made by social media platforms such as Twitter and Facebook, wherein they inform readers that the reliability of a source is doubtful or fake. In liberal democratic societies, free speech is a basic right, but readers also have the right to know that the information they are being given is correct.
At the same time, I also believe that we need a stronger framework for responsible communication. For example, academics are bound by ethical standards when they present findings or quote other studies, and this is only fair. Similarly, ethical standards or norms could bind journalists, politicians, candidates, activists, influencers, bloggers and even the general public. We need to invest more in education through which social media users can be equipped how to distinguish between a reliable source and a fake one, a proper journalist and a self-appointed one, a scientist and a quack. Ethical standards can be set up amongst political and journalistic communities, for example to double-check sources before splashing slogans. 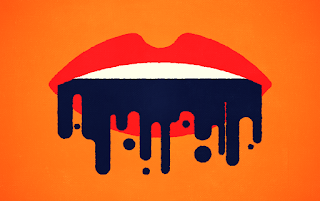 Posted by Michael Briguglio at 12:54 pm No comments: 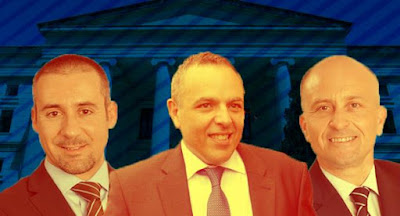 (Stampa: The Malta Independent)
Posted by Michael Briguglio at 3:26 pm No comments:

My op-ed article in today's Malta Independent discusses the challenges of physical distancing and social contact in the context of Covid-19. 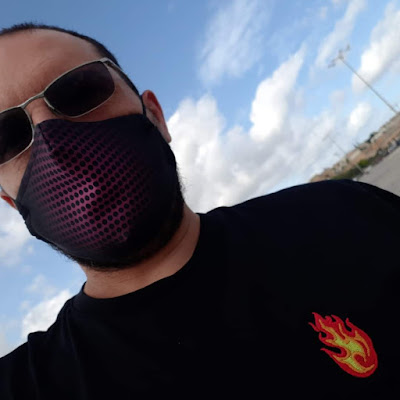 Posted by Michael Briguglio at 8:51 am No comments:

Like everyone else, I have my own preferred media, and I trust some sources more than others. I even have the privilege of airing my views in media houses which host me, to whom I am grateful. But that doesn't give me a monopoly over the truth, over what others should watch, read or hear.
Also, I am not a constitutional expert and I leave legal matters to experts in the field. If I wanted legal advice I would seek it from a lawyer.
But from a sociological perspective I consider party political stations to be part of the public sphere just as other media is.
One may dislike party political stations, their methods, and what they stand for, but one thing is clear: You know what their agenda is. You may despise it, but you know what its ultimate goal is. Can we say the same of all other media outlets, portals, blogs and so forth? By agenda I am referring to ideological orientation/s, direct/indirect affiliations and networks, behind the scenes operations, personal goals and funding sources.
Sometimes, one can get a good idea of all this for example through which stories are emphasized, who is picked on, who is spared scrutiny and what is elbowed out of the respective news agenda. Not to mention other factors such as speed, snackability and reliability of news, in a media simulacrum where suddenly everyone can self-proclaim oneself to be an expert of everything, in a competition for audiences.
Transparency and accountability are paramount, and this holds for all media outlets, and not just those belonging to political parties. These include newspapers, radio stations, blogs, news portals, Facebook news pages, vlogs and so forth. And in today's world nobody is forcing people to watch political party TV or radio stations. Not to mention that time and again, including presently, there have been various instances of programmes, shows, blogs and vlogs which captured huge audiences despite not being produced or endorsed by any political party.
As I see it, competition between narratives and discourses (including fake news), the media and the journalistic profession should be subject to standards, evidence-based reporting, equitable rights and responsibilities within a pluralistic and liberal democratic framework. I wouldn't want the media sphere to be dominated by a monolithic state or partisan propaganda. But neither would I want it to be dominated by agendas which are not always transparent or accountable to democratic norms.
Let the audience decide what to watch. In the meantime, invest more in education related to social, political and media matters. Let us invest in a more reflexive society, rather than dictating to people which news outlets they should follow.
Posted by Michael Briguglio at 11:53 am No comments:

My op-ed article in today's Malta Independent deals with what I am defining as the 'Micro Politics of Everyday Life', in relation to lack of enforcement in Malta. 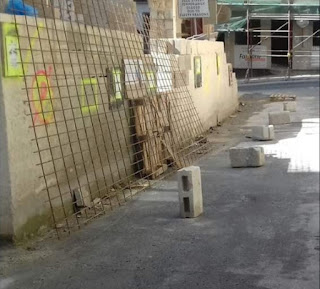 Posted by Michael Briguglio at 11:30 am No comments: