Julian Manduca - A Maltese hero for our times

In a feature by Jurgen Balzan, Malta Today newspaper asked me to write something in dedication of a Maltese personality who I consider to be a hero. This is what I wrote. 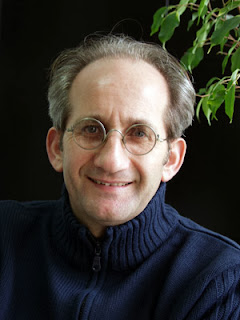 Julian was one of the persons who I looked up to in my youth, back in the 1990s when I co-founded Moviment Graffitti with others including James Debono. I actually got to know him some years before, during a party at my parents' place, which usually were attented by bohemian intellectuals and artists. Before Julian joined Malta Today to become one of the prominent critical journalists in Malta, I remember him as a charismatic left-wing environmentalist, a liberal on civil rights, and a committed activist who formed part of the alternative cultural scene. Julian spoke on many issues, especially environmental ones, ahead of his time, and we worked together in campaigns such as the Front Kontra l-Hilton and the victorious Front Kontra l-Golf Kors. It is no understatement to consider Julian as a main influence on the 1980s and 1990s young generation in left-wing and environmental groups, beyond partisan dogma and careerism, and strongly believing that another world is possible
Posted by Michael Briguglio at 10:36 pm

Thank you for this Michael. how can we live up to what he stood for now with more high rise and other philistine development?